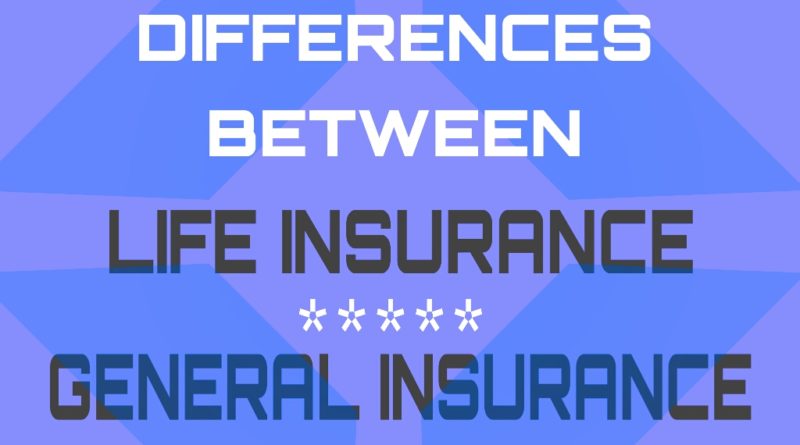 In the words of justice Tindall, “Insurance is a contract in which a sum of money is paid to the assured as consideration of insurer’s incurring the risk of paying a large sum upon a given contingency.”

Life Insurance is an Insurance of a person’s life. So, if the person dies, his/her family would receive an amount of money called as Sum of money Assured, which would help the insured person’s family to take care of the financial problems which had arisen from the sudden death of the income earning person. To get this benefit, he has to pay a certain amount of money called Life Insurance Premium to the Insurance Company every year/every month as per the contract.Life insurance policies pay a lump sum amount to the beneficiaries of the policyholder upon his death or upon the maturity of the policy.

General Insurance is an Insurance which is on the assets.This type of insurance typically covers losses caused by theft or damage Every asset have its own value and it helps the owner by giving him some returns. The benefit may be income or in some other form. So if the asset is damaged due to certain unexpected situations, then owner of the asset faces some financial loss. To protect the owner from a financial loss because of the asset, the insurance policy is done by the owner.

⦿ Motor Insurance:
Auto insurance protects the policyholder against financial loss in the event of an incident involving a vehicle they own.

⦿ Fire insurance:
Fire insurance is an insurance that covers property, such as home, commercial shops or other fixed asset or inventory protection against fire damages.

⦿ Crop insurance:
Crop insurance is purchased by farmers to protect themselves from various risks associated with growing crops. the risks include crop loss or damage caused by weather, drought, insects, or crop disease.